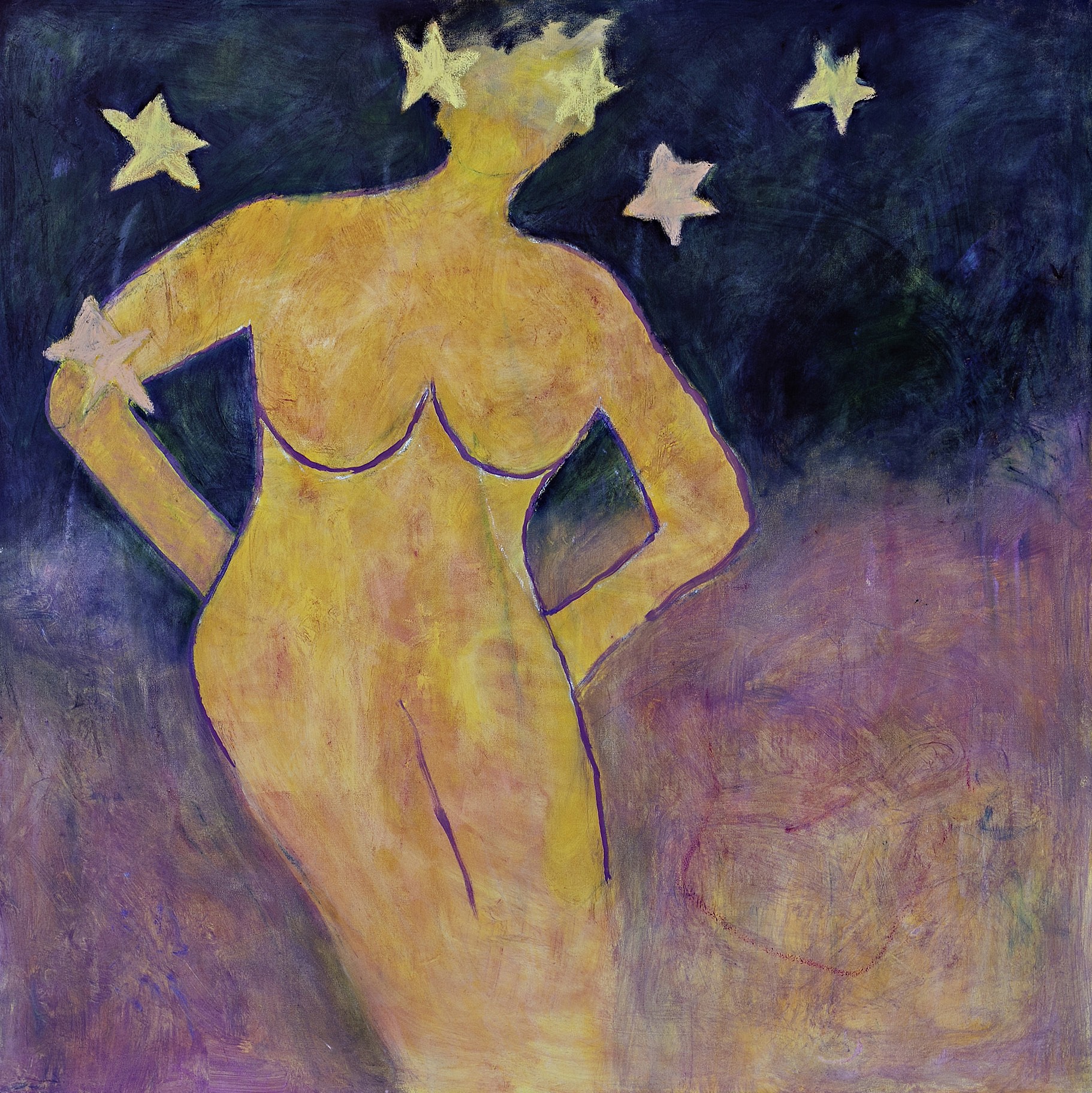 OKLAHOMA CITY - Longtime Oklahoma City resident and beloved artist, Rebecca Wheeler, will be exhibiting her latest collection of paintings, “Woman Revealed,” at JRB Art at The Elms in The Paseo during the month of July 2019. Wheeler has spent her entire life mastering the language of paint in her unique, intuitive, gestural style. She has always focused on the human condition, particularly the human condition of being female. She has painted series of women working, playing, singing, dancing, and reading. She has depicted them as angels, the disenfranchised, mothers, daughters, and friends. Rebecca has painted women from the Bible from a practicing feminist point of view, but until she created the paintings for this exhibit, she has not painted female nudes as subject matter. Recently, realizing that the strength of her work has progressed so that layers of paint give way to reoccurring images which suggest and project the essence of being a woman, Wheeler has created an entire series of female nudes.

After viewing the paintings included in “Woman Revealed,” New York City based Art Curator, Julie Maguire, reminds us that the female nude has been addressed by artists in almost every culture in every time in history.  She is seen as mother, lover, victim, and queen, but almost always exclusively as the images and imaginings of men. Maguire continues by saying that throughout history that have been female artists, although those willing to address the female nude an even smaller group.  “Rebecca Wheeler has tackled the subject and gives us the female form as seen by a woman.” The alternate gaze of the woman in art history is a thinner thread, but it does exist.  Artists such as Vigee LeBrun, Mary Cassatt, Georgia O’Keefe, and Ms. Wheeler’s own teachers, Elaine Kooning and Carol Summers all created at the highest level.

Joy Reed Belt, Director of JRB Art at The Elms comments that the women revealed in this exhibition are strong and able, young and old, “The minimalist forms create an authenticity in each work. These women are not fantasy or here for our pleasure, they are true and open.  Strong forms mixed with bright pastel backgrounds, do not try to negate femininity, but celebrate the myriad contrast in every woman.”